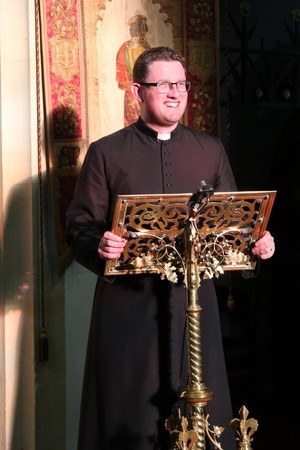 Richard was born and brought up on the border of Manchester and Cheshire. He read History at University and trained for Ordination in Cambridge before spending three years as Assistant Curate in Stockport and then seven years as Vicar of St Mary's, Newton with Flowery Field (near to Hyde on the eastern edge of Manchester). During this time he was also Rural Dean of Mottram for four years.

He came to be Rector of the three Churches of the Parish of St Paul, Wokingham in November 2012.

He is married to Becca (a Secondary Maths Teacher) and they have three children at three different Secondary Schools and a friendly Border Collie called Bramble. Dog walks and bike rides figure large in his spare time, as well as reading and going to the cinema and catching up with friends. He used to play rugby union and squash but now sticks to running.

He is often heard saying that being a parish priest is the best job in the world because it is about God and about people, and helping people to see where God is already at work in their lives and community, and because every day is different.

Richard is also the Area Dean of Sonning and Young Vocations Champion for the Archdeaconry of Berkshire, as well as being Vice Chair of Governors at St Paul's Junior School, a role he relishes.

The Revd. Patrick Mukholi was born in Kakamega Town in Western Kenya in East Africa. He grew up along the coast in the Port of Mombasa. He has an Agricultural Engineering degree from the University of Nairobi. Patrick and his wife Helen, a veterinarian he met at University, heeded the call to Church related ministry and studied at the Nairobi Evangelical Graduate School of Theology graduating with a Master of Divinity and Master of Christian Education respectively. Patrick was then ordained in the Diocese of Mombasa and as a curate at St. Stephen’s Ukunda also served as the Diocesan Youth and Mission Advisor.

In 2001 the Church Mission Society (CMS) invited them to come to England as youth workers on Blackbird Leys Estate in Oxford where they served with Oxford Youth Works for seven years. Following more studying he became Pioneer Mnister on Penhill Estate in Swindon, Diocese of Bristol.

Patrick is a Mission driven Christian seeking to be the best that he can be in whatever he does for Christ in God's glory. His aim is to live a Holy Spirit empowered life that would hopefully draw men and women to God and help equip them to grow and serve Jesus Christ. He is very happy to be part of the team in Wokingham and each day looks forward to falling in step with what God is doing here. He is a Table Tennis buff (find him in Woosehill Church on a Friday night with the table tennis fellowship) and likes to watch Match of the Day over the weekends. 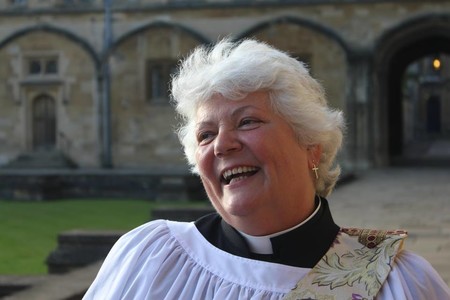 Born in Battersea Julie grew up in John Betjeman’s Metroland where, as well her family, she was influenced by her love of our great capital city and its riches such as the National Gallery, the Royal Academy of Music and the opportunities to sing and make music. Her intrigue in the church started by peering through the church doors at her Girl Guide meetings and so began her journey of faith and her love of God and our Lord Jesus Christ. Cycling was the other great love of her younger life and she was often found at the tennis club where she relished the sense of belonging and community whilst at the same time playing a sport she loved.

All that is a long way from where I find myself here, married to Keith. Yet, my past is reflected in my calling to serve God, to be part of a transforming community at the heart of the place where we will live and serve. I am excited to be part of your churches – women, men and children whose lives have been changed and transformed by Christ and who have been brought together to serve the world.

Along with Keith I still sing.  I don’t play tennis any more but all our six grandchildren are lively and, according to their Granny, very active in the music and sport department!

Judi spent her curacy in Guildford Diocese as Lead Chaplain at Frimley Park Hospital and curate to two churches in Frimley. Prior to that she worked as a chaplain at Broadmoor High Secure Hospital.

Over the last twenty years she has been, variously, Training Co-ordinator for the Diocese of Monmouth, and, for eight years, Parish Development Adviser in the Archdeaconry of Berkshire.

Judi’s background is in adult and children’s education, adult training, group facilitation, counselling, and consultancy. She has worked in Christian contexts for over twenty years.

She is married to Prof. Mick Hattaway, who is a Shakespearean.  Between them they have four grown-up children and six grandchildren. Two of the grandsons have statements of special educational need – Judi has a special interest in people with learning disabilities.

Judi is also Chaplain to the Fire and Rescue Service in Wokingham and runs a private counselling practice.

In any spare time, Judi likes entertaining, knitting and sewing, reading, going to concerts, films, art galleries, and the theatre, and having a laugh.